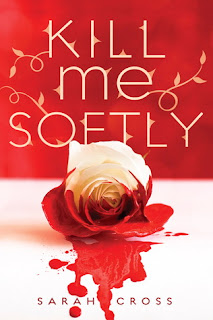 Mirabelle's past is shrouded in secrecy, from her parents' tragic deaths to her guardians' half-truths about why she can't return to her birthplace, Beau Rivage. Desperate to see the town, Mira runs away a week before her sixteenth birthday—and discovers a world she never could have imagined.
In Beau Rivage, nothing is what it seems—the strangely pale girl with a morbid interest in apples, the obnoxious playboy who's a beast to everyone he meets, and the chivalrous guy who has a thing for damsels in distress. Here, fairy tales come to life, curses are awakened, and ancient stories are played out again and again.
But fairy tales aren't pretty things, and they don't always end in happily ever after. Mira has a role to play, a fairy tale destiny to embrace or resist. As she struggles to take control of her fate, Mira is drawn into the lives of two brothers with fairy tale curses of their own . . . brothers who share a dark secret. And she'll find that love, just like fairy tales, can have sharp edges and hidden thorns.

I was so eager to read this novel and my expectations have been exceeded: I've been completely blown away by it! After receiving Kill Me Softly, I took no time to start reading it and I've been rendered speechless by this book's awesomeness. Not to mention that the cover is beautiful, so if the book didn't turn out to be that great, at least the cover would make your bookshelf a lot prettier. But that's certainly not the case; for the content is even more amazing than the cover.

If you thing fairy tales are only meant for children, then you are more than mistaken. Mixing original fairy tales with reality, Cross writes an amazing story full of magic, romance and mystery. I was so caught up that I finished this book in one seating! But I do have to add that I love Disney's fairy tale movie so this review will be a bit biased by my inner child. Furthermore I love Once Upon a Time, a TV series with a similar premise: a city where the inhabitants are fairy tale characters but can't remember it!

Mirabelle lives with her two grandmothers but she dreams of being able to visit her parents' graves; for they died in her christening and since that day she has never set foot in her birthplace, Beau Rivage, again. One week before her sixteenth birthday, Mira runs away from her two very controlling yet loving grandmothers. Arriving in Beau Rivage, Mira gets to know Blue and Freddie; Blue is a rather rude and wants to throw her out of the casino she took cover in, while Freddie is docile and sweet. She escapes Blue and his friend and goes into the garden, where she meets none other than Blue's brother, Felix. Entirely the opposite of Blue, Felix takes her into the hotel and is nothing but nice to her (maybe too nice!). And of course, Mira falls in love with him.

But nothing is as it seems in Beau Rivage. Blue doesn't leave Mira alone and she finds herself more and more in the middle of some really strange things. She meets many of Blue's and Freddie's friends who talk about weird stuff and behave really strange. As it turns out, many of the city's cititzens have a curse on them, tying them or their family to some known fairy tales. For example: Viv is cursed to be  Snow White. Her stepmother hates her and the family's gardener is bound to be the huntsman who will one day be ordered to cut out Viv's heart. Kill Me Softly shows us a modern style of popular fairy tales, which are not as dreamy as they are made out to be. Mira learns that fairy tales entail some sick twists and turns before the happy ending, if it has a happy ending at all.

Mira finds out that being born in Beau Rivage, she also has a role to play. Furthermore she realizes that her fairy tale bounds her to another character in this book, even though she doesn't love him, fate will not ler her escape the inevitable role she has to play. Despite many warnings against Felix, Mira doesn't believe in anyone and keeps dating him. But when her life ends up in danger, Mira has to confront the truth. Felix is dangerous but what is he? (you will have to read the book to find out!)

Kill Me Softly was such a great read; it is one of those book that you never want to end. I had so much fun trying to figure out each character's role and curse in the story and I think Sarah Cross could write many books about other characters's curse. The only criticism I have is that the ending was too sudden! I was reading tranquilly on my Kindle and suddenly the book is finished. I mean I was totally unprepared, so I think she could have written a few more pages (or who am I kidding? I would have liked if the novel had more than a 1000 pages). Kill Me Softly turned out to be one of my favorite reads, ever! I'm hoping on, or rather begging for a sequel (but I do believe there will be one, since there were many loose ends)!

(I would give more but 5 is the limit here!)


A big thanks to Netgalley and Egmont USA for giving me the opportunity to read and review this marvelous book.

Sarah Cross is the author of the fairy tale novel Kill Me Softly, the superhero novel Dull Boy, and the Wolverine comic "The Adamantium Diaries." She loves fairy tales, lowbrow art, secret identities, and silence.
If you want to know more about her, read one of her books. Her soul is in there somewhere.
Current art inspirations & obsessions can be found at tumblr, Fairy Tale Mood, or pinterest.