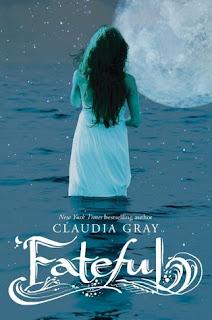 
A tragic tale about falling in love on the world’s most infamous ill-fated sea voyage as heroine, Tess, discovers darker secrets that lie beneath the doomed crossing… and a hidden brotherhood that threaten to tear her lover from her forever.
The RMS Titanic is the most luxurious ship ever built, but for eighteen-year-old Tess Davies it’s a prison. Travelling as a maid for the family she has served for years, Tess is trapped in their employ amid painful memories and family secrets.
When she meets Alec, a handsome upper class passenger, Tess falls helplessly in love. But Alec has secrets of his own… and soon Tess is entangled in a dangerous game. A sinister brotherhood that will do anything to induct Alec into their mystical order has followed him onboard. And Tess is now their most powerful pawn.
Tess and Alec fight the dark forces threatening to tear them apart, never realising that they will have to face an even greater peril before the journey is over…

Two really unexpected things that when put together bring about an amazing novel! Who would have imagined that the Titanic's history could have been told with a touch of supernatural, to be exact, werewolves! I found out about this book when I was at the airport in Germany and with only 10 euros left, I was lucky to be able to buy this it! And I thank Cassandra Clare; for I was even more eager to read this book because of her praise to Fateful on the cover of the book.


We follow the story of Tess, the maid of the Lisles, who is going with the family to America on board of the brand-new R.M.S. Titanic. The night before the trip while running an errand for the insufferable Mrs. Lisle, she encounters something that may as well change everything she has ever know: a wolf. She almost gets attacked by it, if not for the handsome guy that saves her but tells her to go before he hurts her too. Confused and curious about the night's outcome, Tess goes home and on the next day the story takes us to the Titanic where Tess meets none other than the handsome guy, Alec, from the night before.


From this moment on, Tess is caught in a web of intrigue and danger that she never thought possible before. The Brotherhood, whose member are all werewolves and members of the higher society, wants Alec to be in it too. But he is not like most werewolves, he doesn't like it and would rather die than participate in something as horrible as the Brotherhood. But Mikhail, the member of the Brotherhood on the Titanic, won't give up so easily. And now he wants Tess too. While trying to resist the danger that Mikhail emposes, both Alec and Tess join forces and end up falling in love but will their love be enough to stop Alec of becoming a member?


I enjoyed this book a lot. I liked the mix of something supernatural and impossible as werewolves with a background of something real as the Titanic. Gray's writing is amazing and she pays attention to the details, making it easy for us to imagine ourselves on board of the historic Titanic. Even though the premise was captivating, I found myself expecting more of it. We never found out much about the Brotherhood and what its purposes were. Furthermore the Brotherhood is described as really dangerous and powerful but it didn't seem like it; for we only get to know one member of it, Mikhail.

The romance is really sweet and I love tormented love interests, so I won't complain about Alec at all! Tess was a great main character; she was determined and strong and cared for others, despite everything bad they've done to her (she even tries to save her bosses while the ship sinks). All characters were remarkably well-written with each having their own qualities and flaws. Furthermore the paranormal aspects of the novel were balanced well with such a real background, so that it was almost beliavable that werewolves were on the Titanic at the time of its sinking.


Fateful was a highly enjoyable read that I would recommend to those of you that enjoy a mix of romance and  paranormal and of course to fans of Titanic stories! 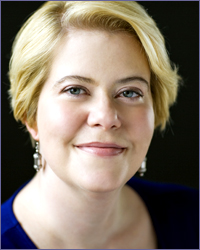 Claudia Gray is not my real name. I didn't choose a pseudonym because my real name is unpleasant (it isn't), because I'd always dreamed of calling myself this (I haven't) or even because I'm hiding from the remnants of that international diamond-smuggling cartel I smashed in 2003 (Interpol has taken care of them). In short, I took a pseudonym for no real reason whatsoever.I am a full-time novelist based in Chicago. I especially like to spend time traveling, hiking, reading and listening to music. More than anything else, I enjoy writing.
LiveJournal, MySpace, Facebook, and Twitter