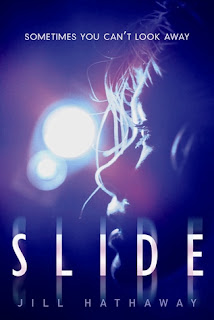 Vee Bell is certain of one irrefutable truth—her sister’s friend Sophie didn’t kill herself. She was murdered.
Vee knows this because she was there. Everyone believes Vee is narcoleptic, but she doesn’t actually fall asleep during these episodes: When she passes out, she slides into somebody else’s mind and experiences the world through that person’s eyes. She’s slid into her sister as she cheated on a math test, into a teacher sneaking a drink before class. She learned the worst about a supposed “friend” when she slid into her during a school dance. But nothing could have prepared Vee for what happens one October night when she slides into the mind of someone holding a bloody knife, standing over Sophie’s slashed body.
Vee desperately wishes she could share her secret, but who would believe her? It sounds so crazy that she can’t bring herself to tell her best friend, Rollins, let alone the police. Even if she could confide in Rollins, he has been acting off lately, more distant, especially now that she’s been spending more time with Zane.
Enmeshed in a terrifying web of secrets, lies, and danger and with no one to turn to, Vee must find a way to unmask the killer before he or she strikes again.

Best even than what I was expecting! I really love thrillers and when I saw this one was been released, I had to read it but I wasn't expecting to be this enthralled by it! This book comes with a delicious romance, a suspense that keeps you awake at night and a twist of paranormal. With a unique premise and a whole lot of mystery, Slide kept me guessing till the last page.

I was fascinated by Hathaway's idea of mixing contemporary, romance, suspense and paranormal in a single book making Slide a really captivating read. Vee Bell is a completely ordinary pink-haired girl with the ability to "slide" into other people and see everything through their eyes. So not that ordinary at all. The problem is everybody thinks she suffers from narcolepsy causing her to be the weirdo in school. Of course she still has her best friend, Rollins, who helped her through some tough times but lately they've been drifting apart. To top it all off, one of her sister's cheerleading friend, Sophie, commits suicide. Though it wasn't a suicide; for Vee "slides" into someone who is standing by Sophie's bed with a bloody knife. But how can she prove that it was murder if she can't even make her father believe that she can "slide"?

Through many twists and turns, Slide will take you for a really unexpected ride. With an ending you will never see coming, Hathaway wrote the ultimate page-turner. I was also drawn by Hathaway's writing, which didn't disappointed either. Between the sweet romance, the enthralling mystery, the great writing and the big surprises throughout this book, I don't know what kept me interesed in Slide the most. Even though this book focus more on its mystery aspects, I wasn't upset by it. It was nice to have a book that centers less around the romance and more around the paranormal and intriguing aspects of it. And Vee was a really strong and interesting protagonist with a great character. Rollins was also really sweet and I liked him from the beginning even though he was acting a bit weird. While I don't have any critique to the characters, I would have liked to know more about Rollins' past and current situation.

With an amazing plot and the perfect mix of romance, thriller and paranormal, Slide is certainly a book you won't want to miss! 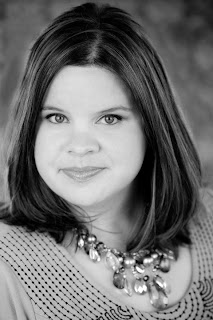 Hello Jill! Thank you so much for stopping by Books to Consider! How about we start off with telling us a bit about yourself?
Hi, Rachel! Thanks for having me! I'm a high school English teacher in Iowa. I have a two-year-old daughter and a three-month-old son. I'm addicted to The Vampire Diaries and Once Upon a Time. Oh, and Oreos. And I have a huge crush on Jared Leto (sorry, Shane!!!).
"A girl who can see through the eyes of a killer". That's a really unique and interesting premise. How did you come up with this idea?
I actually came up with the hook of the story first. I wanted the main character to find herself standing over a dead body and not know how she got there. After that, I came up with the idea of Vee "sliding" into other people's heads.
What inspired you to start writing?
I've always enjoyed writing, but it wasn't until I participated in National Novel Writing Month a few years ago that I really got serious about it. I needed that permission to write a stinky rough draft in order to realize that I could finish a novel.
What would you say makes Slide so different from other YA novels?
I suppose the concept is different. It blends a lot of genres--paranormal, mystery, thriller, romance.
What are your plans for the release day?
I'll be teaching all day, but I have a team of awesome people who are going to help get the word out online. That night, after I pick up the kids, I'll probably stop by a bookstore to see if they have SLIDE on the shelves. Then I'll eat a burrito.
Any new projects or something you are currently working on?
I've just finished SLIDE's sequel, IMPOSTOR, and now I'm starting something non-SLIDE-related. It's a thriller, but that's about all I want to say about it right now.
Posted by Unknown at 3:25 PM