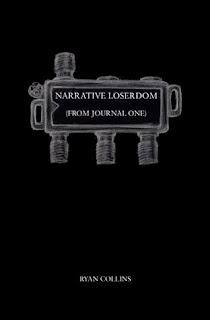 Justin Taggart doesn’t know anything (about being a loser). He likes girls and plays sports and has some friends. Unfortunately his fear of rejection outweighs his ability to deal with these well. Mostly there’s Sterling, the girl of his dreams who knows how to stop his heart by not knowing he likes her. Another thing is trying to get money with Adam, who’s rich anyway so it’s more about hanging out. As for Justin, he makes ends meet by mowing people’s yards with Adam, and sometimes by breaking into vending machines and selling late-night cable programming to peers (also with Adam). But it’s not like he doesn’t feel bad about it, since Jesus died for his sins. School is pretty terrible with all the work and practice, but there are a few people there worth mentioning. Anyone who picks up his journal will be in for something, if they feel like getting through a lot of grammar and spelling problems. They’ll probably end up seeing that they shouldn’t have looked at it anyway, because this is someone’s private anthem of girls, grass, and loserdom.

Narrative Loserdom is told from Justin's point of view in a journal format. That was the first thing that caught my attention in this novel. The second one was that we got to read what goes through a boy's head and my conclusions are intruguing, or even disturbing sometimes..

What were the best aspects of Narrative Loserdom?
Aside from being written in journal format, which makes this book fresh and unique, I found myself liking all characters. Even Justin's best friend, Adam, who was simply stupid but never failed to make me laugh. Really, I found myself laughing out loud constantly. Furthermore all characters were realistic and easy to relate to, I mean, everyone goes through high school, maybe in Justin's shoes: as a loser or maybe as the beloved and popular Sterling. I loved Justin's and Adam's friendship because they really seem to know each other very well and their friendship only gets better throughout the book.


What could have been better?
There were too many descriptions! Sometimes I just had to jump to the next paragraph because the latter was just too descriptive. I don't read many contemporary novels so I don't know if that's the case in many of them, but Narrative Loserdom never reached a climax; it never picked up pace. And I must say that Justin's religious fanaticism. I don't have anything against it but the religion thing came completely out of the blue: the first half of the book there is no mention of it and the suddenly it is mention all the time.


Overall it was a pleasant and light read. The two main characters (Justin and Adam) were amusing making this book the more fun to read even without any real action in it. I expected to end in a final note but it was actually a rather open ending, which may have to do with its journal format. If you like contemporary novels which are easy to relate to its characters and if you enjoy books in journal format, this just may be the book for you!

A big thank you to Ryan Collins for providing me with a copy for review!

Ryan Collins was born in Texas in 1985. While attending Texas State University he earned his bachelor’s degree in exercise science with a minor in writing, and moved toward a post-graduate degree in computer information systems. In the company of a few unpublished short stories, Narrative Loserdom represents his first self-published novel. Ryan works for a local communications company in Austin, Texas, where he resides with                                         his girlfriend and pugs.