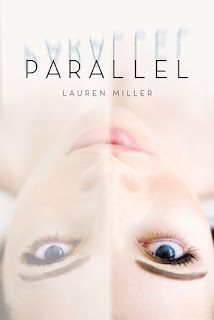 Abby Barnes had a plan. The Plan. She'd go to Northwestern, major in journalism, and land a job at a national newspaper, all before she turned twenty-two. But one tiny choice—taking a drama class her senior year of high school—changed all that. Now, on the eve of her eighteenth birthday, Abby is stuck on a Hollywood movie set, miles from where she wants to be, wishing she could rewind her life. The next morning, she's in a dorm room at Yale, with no memory of how she got there. Overnight, it's as if her past has been rewritten.

With the help of Caitlin, her science-savvy BFF, Abby discovers that this new reality is the result of a cosmic collision of parallel universes that has Abby living an alternate version of her life. And not only that: Abby's life changes every time her parallel self makes a new choice. Meanwhile, her parallel is living out Abby's senior year of high school and falling for someone Abby's never even met.

As she struggles to navigate her ever-shifting existence, forced to live out the consequences of a path she didn't choose, Abby must let go of the Plan and learn to focus on the present, without losing sight of who she is, the boy who might just be her soul mate, and the destiny that's finally within reach.

It's a standalone! Really, that's the only bad thing I have to say about this novel. When I read the summary, I expected great things from Parallel and it sure delivered them! With a refreshing premise about parallel lives, compelling and entertaining characters, Parallel will provide you with one of the best reads of 2013.

Admittedly I had some trouble in the beginning to understand what was going on and it IS a complex plot, so you do have to stop sometimes and think about what you read. But that was the beauty of it for me; it has been a long time since a novel has kept me enthralled throughout it. The parallel lives are so different so that you could easily identify which Abby it was, furthermore each chapter's title would clarify about when the scene was happening. Foremost I enjoyed the twists and turns that had been caused by her parallel decisions in the past, so it was really interesting to see how the relationships and events would change because of them.

The characters were really easy to read and identify with. Abby is a normal teenager that is a bit of a control freak (she planned out her entire life!), so when everything went crazy with her parallel calling the shots, you can guess how she reacts. Caitlin was a favorite of mine because she is just unexpected (a beautiful girl who loves physics!), even though I don't enjoy maths as much. I think every character is really realistic, and the romance as well. It's not an insta-love by any means and some twists and turns in her love life were not in the least expected!

I have read many books in this year already and I have to say that Parallel was one of the best. It certainly will be added to my list of favorite books. I'm certain many people won't enjoy that they may have to reread a paragraph (or more) to understand the concept of parallel lives, but for me what won me over was the novelty of it. It was refreshing and unfortunately it's a standalone. The ending is a bit open and that's the only thing still bugging me about this novel!

Huge thanks to HarperTeen for providing me with a copy of this captivating novel!