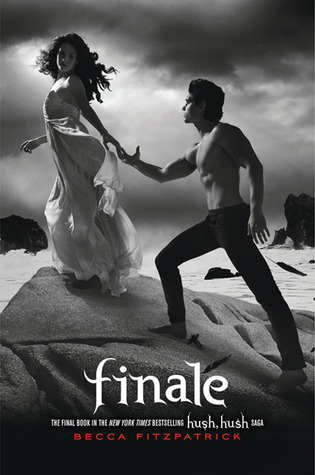 
Nora is more certain than ever that she is in love with Patch. Fallen angel or no, he is the one for her. Her heritage and destiny may mean they are fated to be enemies, but there is no turning her back on him. Now Nora and Patch must gather their strength to face one last, perilous trial. Old enemies return, new enemies are made, and a friend's ultimate betrayal threatens the peace Patch and Nora so desperately want. The battle lines are drawn—but which sides are they on? And in the end, are there some obstacles even love can't conquer?

I wasn't sure I wanted a fourth book to a originally planned trilogy, but now that I've finished Finale, I'm so happy that the author decided to conclude this series this way! The ending was perfect and fitting; I really couldn't have imagined it any other way. The plot was almost without any faults and though many sad things happened, I loved the conclusion.

The Plot: Fitzpatrick's Finale never slows down. You don't ever get a pause and that's what was so captivating while reading this novel. There was so much happening at the same time and I couldn't put Finale down for a second. Nora's problems were piling up and I loved how everything that could go wrong, almost ever did. It gave the book a new edge. Furthermore the whole thing with the devilcraft was a side story that didn't bore but entertained. However the thing that I didn't like at all was that Nora's problem with devilcraft was actually a huge deal and it was resolved like it was nothing? I mean, then why put this in the story anyway? (please read the book to understand what I'm talking about!)

The Characters: Nora shows us a new side to her. She is tougher and less whinier than usual. Although sometimes she could still get on my nerves, I really started to like her! Yet I think that her emotions could have been a lot more on edge than Fitzpatrick showed us, she was in a really crappy situation and sometimes I felt that she was too calm. Patch was his usual perfect self, no problems there, at all! Vee's secret was completely out of the blue and I didn't think it fit the story somehow; it was too fitting to be what it was. Scott, I love you!

Finale was a wonderful conclusion to one of my favorite series. Not everything can be perfect and I didn't expect it to be, either. It was good enough for me and hopefully, others will think so too! If you haven't picked this series up yet, do it now that you can read all of it in one sitting :)! And if you had mixed feelings about a fourth book, trust me, it was worth it! 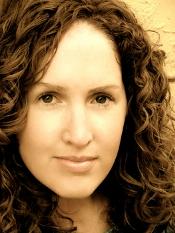 Becca Fitzpatrick grew up reading Nancy Drew and Trixie Belden with a flashlight under the covers. She graduated college with a degree in health, which she promptly abandoned for storytelling. When not writing, she's most likely prowling sale racks for reject shoes, running, or watching crime dramas on TV. She is the author of the bestselling HUSH, HUSH Saga.