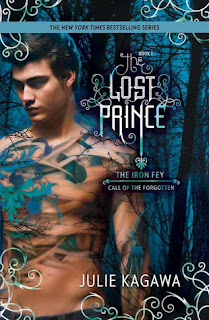 
Don’t look at Them. Never let Them know you can see Them.

That is Ethan Chase’s unbreakable rule. Until the fey he avoids at all costs—including his reputation—begin to disappear, and Ethan is attacked. Now he must change the rules to protect his family. To save a girl he never thought he’d dare to fall for.

Ethan thought he had protected himself from his older sister’s world—the land of Faery. His previous time in the Iron Realm left him with nothing but fear and disgust for the world Meghan Chase has made her home, a land of myth and talking cats, of magic and seductive enemies. But when destiny comes for Ethan, there is no escape from a danger long, long forgotten.

I don't know how Kagawa does it but every new book is even more captivating than the last; the only explanation is that she stroke a deal with a fairy! The Iron Fey series is one of my favorite YA series ever. So it was a no-brainer that I would have to read this one and that I received it as an ARC from Harlequin certainly made my month a whole better. Believe me when I say that you won't be disappointed with the continuation of this amazing series!

The Plot: I was a bit afraid that The Lost Prince wouldn't live to its expectations, plot-wise, since the Iron Fey series also had a strong story. But I was completely blown away. The beginning was a bit slow but when it starts to pick up pace, it was just unputdownable till the end. There is plenty of action like in the previous books and I find it incredible that even after so many books, Kagawa still has the way of grasping our attention. The romance in the novel also grew in a steady pace, really enjoyable.

The Characters: I LOVE THESE CHARACTERS SO MUCH! I missed the old characters and the new characters are certainly just as good! Ethan was a worthy main character and that I didn't anticipated since I don't always enjoy male protagonists. But Ethan Chase just entered my list of great male protagonist, for sure. Furthermore oh Keirran, how I loved you! Can't wait to find out more about him! But to be truthful Kenzie was the only character I didn't like that much in the book, in the whole series even. She was too defiant and too brave to the point of exaggeration.  However this dislike didn't bother me that much. And now, the best thing was, to get to see the old characters again! I was so glad when we got to read about Puck, Ash, Meghan, Grimalkin, even Glitch again! This series has one of the best set of characters!

So if you are still wondering if you will enjoy The Lost Prince as much as you enjoyed the other books in this series, the answer is YES! Kagawa's writing only gets better and better and it still is just as captivating as in the first novel. The characters are just pure awesome and I can't wait to get my hands on the next one to know more about the new ones and get to see some old faces again. And for the record, I'll read, reread, and reread again everything that Kagawa throws my way! Yes, that's awesome she is!


Enormous thanks to Harlequin Teen for providing me with a copy of this awesome novel for review! 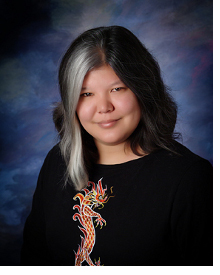 Julie Kagawa, the New York Times Bestselling author of The Iron Fey and Blood of Eden series, was born in Sacramento, California. But nothing exciting really happened to her there. So, at the age of nine she and her family moved to Hawaii, which she soon discovered was inhabited by large carnivorous insects, colonies of house geckos, and frequent hurricanes. She spent much of her time in the ocean, when she wasn't getting chased out of it by reef sharks, jellyfish, and the odd eel.