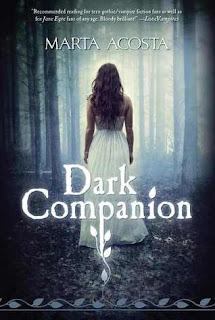 When foster teen Jane Williams is invited to attend elite Birch Grove Academy for Girls and escape her violent urban neighborhood, she thinks the offer is too good to be true. She's even offered her own living quarters, the groundskeeper's cottage in the center of the birch grove.
Something's not quite right about the school -- or is it Jane? She thinks she sees things in the birch grove at night. She's also beginning to suspect that the elegant headmistress and her sons are hiding secrets. Lucky is the gorgeous, golden son who is especially attentive to Jane, and Jack is the sardonic puzzling brother.
The school with its talented teachers and bright students is a dream for a science and math geek like Jane. She also loves her new friends, including hilarious poetry-spouting rich girl, Mary Violet. But the longer Jane stays at Birch Grove, the more questions she has about the disappearance of another scholarship girl and a missing faculty member.
Jane discovers one secret about Birch Grove, which only leads to more mysteries. What is she willing to sacrifice in order to stay at this school...and be bound to Birch Grove forever?


Dark Companion is a completely unique novel. Being a gothic novel, Dark Companion had a dark feeling to it that was equally amazing as chilling to the bone. Acosta did an amazing job writing such a Gothic novel, sometimes I even imagined this mysterious fog around me while reading this book. (I'm weird!).

The Plot: I had a bit of hard time getting used to the many mysterious twists and turns in this novel. I haven't read many novels in this genre, so sometimes I felt like I received to little information. But I guess that's the allure in such novels. Despite that, I thoroughly enjoyed the plot and after getting used to this different setting, I wanted more of it! The writing fits the mysterious and dark Birch Grove enabling us to imagine everything with ease.

The Characters: Jane was a difficult character to relate to. Growing up in such conditions, she was rather reserved and insecure. But by the end of the novel, she is more open to other people. Mary Violet, one of Jane's friend at the new school, was by far my favorite character; she was just TOO funny and every scene with her in it would standout for me. Jack was a peculiar love interest. He would always say the most peculiar things and I thought the romance would never come. Let's just say that Jane was a bit slow to figure out her feelings.

Dark Companion was, for me, a great read which takes some getting used to. Acosta's novel also surprised me because the paranormal aspects in this novel were about something entirely new to me; so if you think you know what this novel is about, you can scratch that thought! I'm certain this novel won't be for everyone, so I would recommend Dark Companion to those of you who like mysterious and dark novels and fans of slow-building romance!

Thanks to Tor/Forge and Netgalley for providing me with a copy of Dark Companion in exchange of an honest review! 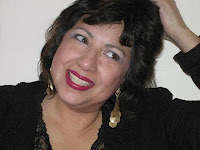 Marta Acosta lives in the San Francisco Bay Area. She was a feral reader, roaming the stacks of the public library. She received a degree in English Literature and Creative Writing from Stanford University and has written for the San Francisco Chronicle, the Contra Costa Times, and Spaces Magazine.Marta lives with her husband, spawn, and their crazy dogs. An avid gardener, she likes independent films, funny novels, loud music and lively conversations.She’s always happy to hear from readers, even the ones who point out typos.  Website  / Twitter