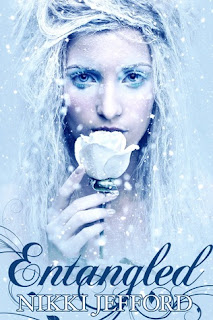 Twin witches Graylee and Charlene Perez agree on one rule: No dating warlocks.
Not so easy when a certain rogue warlock is convinced he and Graylee belong together and will use anything, including magic, to try and impress Gray. When Charlene’s boyfriend dumps her, she threatens to kill either herself or the girl who stole Blake. Somehow, Gray ends up dead.
A Resurrection Spell Gone Wrong:
Two months after dying, Gray wakes up in Charlene’s body. As a witch, can anyone blame her mother for attempting to bring her daughter back to life? Only now Gray’s stuck sharing her sister’s body 50/50 in twenty-four hour shifts.
The race is on for Gray to find a way back inside her own body before Charlene purges her from existence. Raj McKenna is rumored to meddle in the black arts, not to mention he’s after Gray’s invisibility spell and worse – her heart. But Raj might be the only one powerful enough to save Gray from fading away forever.

What first drew me to this novel was the gorgeous cover. Soon afterwards I was buying this Entangled because of the intriguing description yet I think the synopsis gives too much away. Regardless this novel was full of surprises and was utterly enjoyable.

With many original aspects like the main characters being twins (I've never read a novel with twins as main characters!) and the part about a resurrection gone wrong, Entangled surely seems like a great novel. And the plot certainly didn't disappoint me. The first few chapters were a bit slow and I only kept reading because of Raj, the love interest. But when Gray wakes up in Charlene's body, Entangled starts showing its potential.

What did disappoint me were the characters. The only character I enjoyed was Raj. Graylee was just, for lack of a better word, weird. I don't know really why, but she just wasn't to my liking. She treated Raf pretty bad at first even though he was only nice to her! And Charlene was just mean and I couldn't understand the reasons behind her actions but she was still a good antagonist.

Entangled was an enjoyable read and I'm certain that I will read the sequel because Entangled ends in a small cliffhanger that will keep me hooked till the next book. If you a fan of witches, romance and lots of tension, Entangled is a book for you! 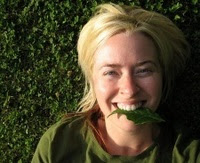