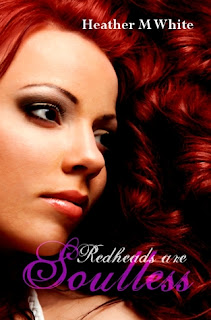 Author: Heather M. White
Release Date: May 25th, 2012
Kindle: 209 pages
High school senior, Sofia Black, has had a very hard life. Since her father's death 7 years ago, she has had to look after her drug addicted, alcohlic mother. School isn't any better for her either. The other kids constantly tease, and ridicule her. All she wants is to get out of her small hometown in Alabama.
When new student, Jason, shows up, Sofia's world is turned upside down. She doesn't understand why he wants to befriend her so badly... And, just when she thinks she can trust him, trouble appears.
Jason's twin brother, Robbie, moves into town, and things go haywire. Sofia is now running for her life - and Jason is forced to share hidden secrets with her. She learns the truth about her father's death, and finds out that she may not be as "human" as she once thought. She struggles to accept her fate, while fighting for her life.
Beautiful cover, great plot and swoon-worthy guys - what more can one wish for? Redheads Are Soulless has many twists and turns that were completely unexpected and kept me almost the whole way captivated and entertained. Furthermore since this novel the first of a trilogy is, I can understand that there were some things that bothered me but certainly will be better in the next installment.
The plot was fast-paced and captivating!. There was never a boring moment and I never felt like I had to push myself to read. Now to the completely unexpected twists and turns..they were REALLY unexpected. I've never read a novel that has a complete 360 degree turn and that pleased me a lot, even though it was kind of sloppily done. Overall I was really happy with the plot itself but there were some questions left unanswered - who was the enemy and why was the enemy after her? What exactly is Sofia and what does that mean? But I hope we will find out more details in the sequel.
I loved Sofia as a main character. She was a strong character yet still sensitive, after having to care for her alcoholic mother for so long. She was an outcast in her school and I understand how she felt (and it was really well-described) when Jason appears and starts giving her so much attention. The twin brothers had an interesting chemistry. I loved to see how their relationship evolved throughout the novel. But Robbie was my favorite by far. However I think the characters weren't so well-developed as they could have been.
It was a fun and original read. After such a cliffhanger, I can't wait for the sequel to come out! And hopefully we will find out more about what Sofia is and about her enemy. This trilogy certainly is promising and I would recommend it to everyone who loved a paranormal read! 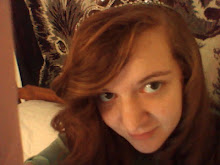 Hi! I am Heather M. White, the author of the Destiny Saga, the Vampire Hunter Series and the upcoming novel Redheads are Soulless! It's so nice to meet you!
I am a returning resident to Arkansas. I just migrated south from Saint Louis, MO with my husband. We have been married a year. :)
I love to write. I have been writing since I was a kid - literally. I decided in the 2nd grade I would write a book. I wrote lots of stories and poems... And did I mention I wrote over 200 songs? (Yeah, I'm a musician too).